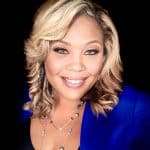 Ms. Setmayer is a former CNN political commentator, contributor to ABC News and former GOP Communications Director on Capitol Hill. She’s appeared on ABC’s The View,[2] ABC’s Good Morning America, and on HBO’s Real Time with Bill Maher. On January 9, 2020, Setmayer was named as a Harvard Institute of Politics Spring 2020 Resident Fellow. Also in January 2020, she joined The Lincoln Project as a senior advisor and hosts the live show “The Breakdown” along side co-founder Rick Wilson, on the organization’s streaming channel, LPTV.

Setmayer currently serves as a University of Virginia, Center for Politics, Resident Scholar for the 2021-22 academic year. In collaboration with the Center for Politics, she narrated the Emmy nominated 3-part documentary, Dismantling Democracy which aired nationally on PBS stations in September 2020 and is currently streaming on Amazon Prime.

After spending 27 years with the Republican Party, Setmayer publicly left the GOP in November 2020 after Donald Trump refused to concede the election to Joe Biden after losing the electoral vote. She now identifies as a conservative independent.

From 2006 to 2013, Setmayer worked in the U.S. House of Representatives as the Communications Director for the Republican Representative of California’s 48th District, during which she handled immigration and federal law enforcement policy issues, and led the successful national effort to free Border Patrol Agents Ignacio Ramos and Jose Compean through a presidential commutation.