This memo reflects the findings of 1000 online interviews conducted with registered voters by GBAO a Washington, DC based strategic consulting and polling firm, on behalf of All In Together. It includes an oversample of 200 Democrats and Democratic-leaning independents in Super Tuesday states. The oversample was weighted down to be a representative portion of the base sample. Interviews were conducted February 12-18, 2020. Some numbers may not add up exactly due to rounding.

Many Democrats are still undecided, but Very Liberal, African American, and Younger Voters are decided and excited

Just barely a third of Democrats say they’ve decided who they are voting for and are excited about their choice, leaving about 63% either undecided, not excited, or choosing not to vote or answer

How Democrats Voters Feel About The Candidate Field

Overall, Democrat and Republican voters differ little in how likely they say they are to take political action before November. For example, 39% of Democrats say they will donate to a candidate or cause, compared to 36% of Republicans. But beneath the surface, some voters on the left seem particularly engaged.

Many voters don’t know when their primary is.

More than one-third (36%) of Super Tuesday Democrats do not know when their state’s primary contest is. 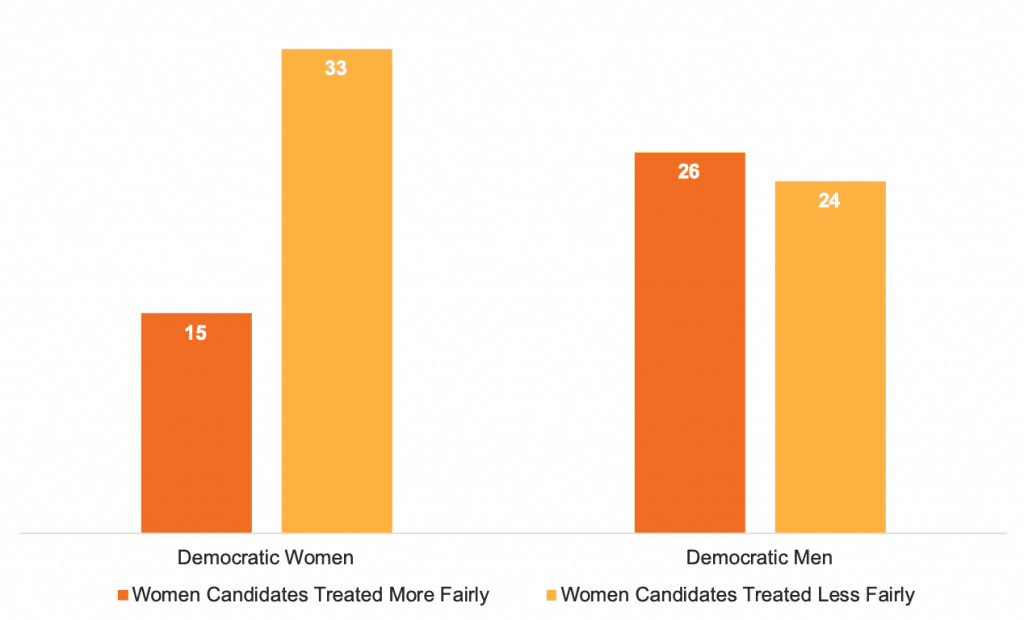 One in ten voters overall are “Pessimistic Dems”. They will vote for the Democrat in November but think Trump will win

These voters are more likely to be college educated and male Democrats, but African American women are also disproportionately likely to be in this group (17%, 17%, and 13%, respectively).

The Democratic Party is viewed more positively than the Republican party, but the parties are nearly equally described as “divisive”

Voters are more likely to say a series of positive traits—such as “cares about people like me” or “follows the rule of law”—better describe the Democratic Party than the Republican Party. There is one trait we tested, however, where the parties are nearly even: “divisive.” About as many say this better describes Democrats (32%) as Republicans (35%), and a fifth (19%) say this describes the parties equally—more than any other question in this series.

How Voters View the Democratic and Republican Parties 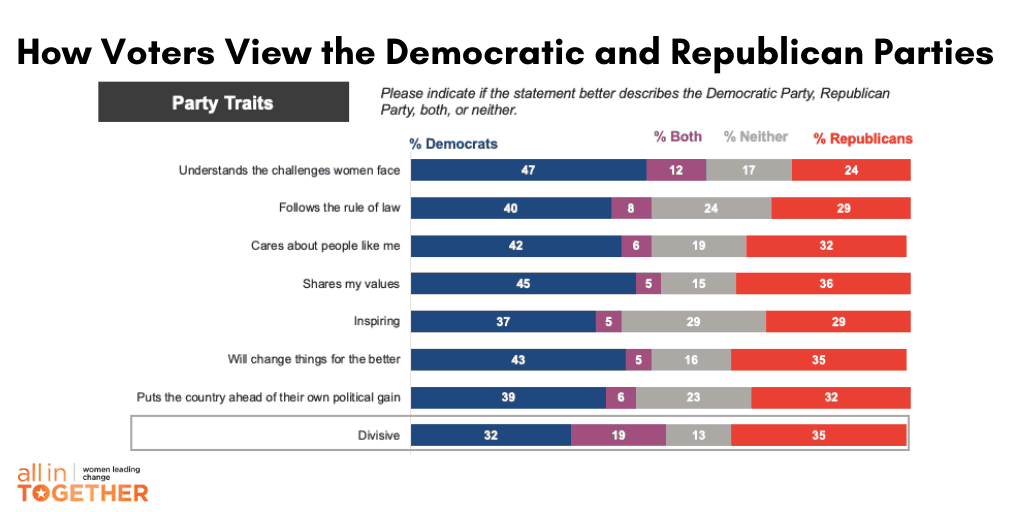 About All In Together:

All In Together encourages, equips, educates, and empowers voting-age women to participate fully in America’s civic and political life. Our vision is a truly representative American democracy, influenced at every level by the wisdom and power of women. AIT is the only national organization empowering and mobilizing women across the political spectrum to become advocates and leaders at work and in their communities.